Take 20% off
Your first order!

Sign up now to get old pal exclusives
and 20% off your first purchase.

A Day with Ryan Lovelace

We spent a day with our Old Pal, Ryan Lovelace, last week. Originally hailing from the Pacific North-West, Ryan has transplanted himself into the California dream. Regarded as one of the last fully hand-shaped surfboard shapers in the industry, Ryan has built a name for himself in the surfing community.

Ryan’s approach to surfing has helped to reinvent a community of surfers that look at surfing beyond performance and competition, bringing back the element of adventure. Beyond shaping, Ryan is the king of “extra curricular activities,” as he calls them, including the creation of our beloved Cosmic Collider bus, the famed Island Fox boat he uses to rip around the Channel Islands, and the 1970s toller boat he lives on with his wife in Santa Barbara.

Ryan is a man cut from a different cloth, living life on his own terms with a heart of gold. We are proud to call him part of our family. Old Pal rode along with Ryan on one of his recent voyages. We managed to ask him some questions along the way.

How long have you been shaping and surfing?

I started shaping within a couple months of moving to California and got my first board in May of 2005. Everything kind of just snowballed from there. I got the chance to surf about once a year from when I was pretty little, either visiting my grandparents in Hawaii or going out to the Oregon coast. So it was a seed that was planted for a long time and an obsession that I had. It wasn't something I could access regularly, so when I got the chance to leave after high school, I took off down here. I didn't really know anything whatsoever about surf culture or the surf world. I just started a long road of learning.


Did you have mentors and people that you learned from?

I didn't know what I didn't know. So I didn't know that you were supposed to go find a mentor within surfboards and that that was kind of the best or classic way to do it. I just learned little tips and tricks here and there by myself, and read things online. As far as actually putting that into practice, it was all just trial and error. 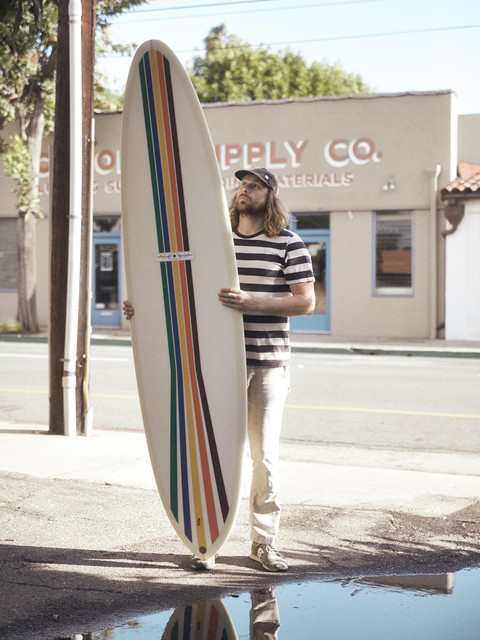 How did you refine your craft?

As I started to pop up in the early 2000s, that refined shift started to happen. I saw a lot of interesting boards in magazines, old movies, and online. I'd see a board that was curious to me, and I didn't understand what I was looking at. I'd try to pick it apart or read the article and take what I could from it and then go try my hand. Making something just like it to find out what it did.


What did that transition in the 2000s mean for surfing?

There's been this long, slow push from the underground for surfing of just alternative equipment. So surfing in the ‘90s and early 2000s was all high performance shortboards. Design took a pretty good turn to the left around 2005 to 2010. Somewhere in there it really just took off and I think that the average surfer who was really frustrated with shortboards started to find this alternative equipment that just made surfing a lot more fun and accessible for a lot more people. 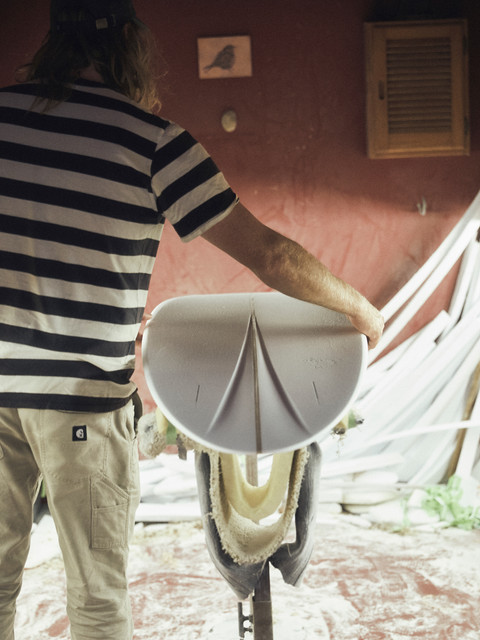 Was this a return to a style or more of a new iteration of shapes? Is there an element of nostalgia to your work or the movement in general?

I think there's definitely an element of nostalgia to the movement from the designer standpoint. But really it's driven by surfers just wanting a different experience. No matter what any shaper wants to make, it's not going to be well-received unless it's fun.


Is there an element of pure creativity when it comes to designing boards, specifically the asymmetric boards you have created?

There definitely has always been an element for surfboard design where you just throw shit at a wall and see if it sticks. You do that with a good set of rules in mind for sure, but sometimes it can feel a lot like you're kind of just throwing a bunch of different design elements together into one board and seeing what would happen. That's not the best way to design a board, but you can get some interesting results that way, especially with the asymmetrical designs. You can take all the different favorite corners and elements of one board and mix it together with other elements from your other favorite boards. 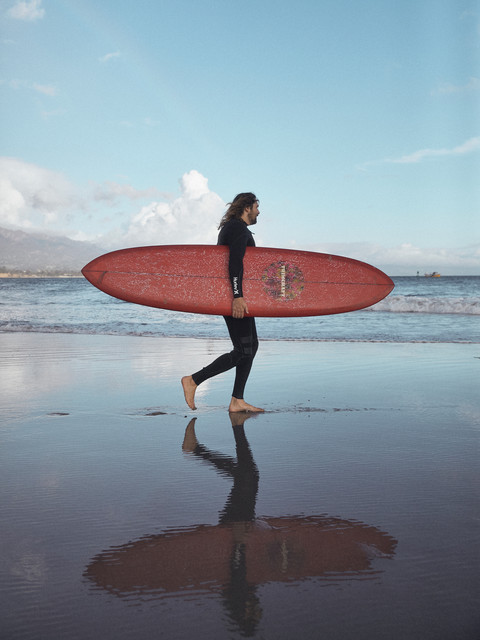 You obviously started with bus life in the Cosmic Collider. How has the transition to boat life been treating you?

Moving onto a boat from the bus really felt quite luxurious. I don't think that many people would see living on a boat as a luxury unless you're in a yacht, but going from a rolling bus to a floating boat was a really easy transition. It’s just another small space, but what my wife Katie and I have now is more well-rounded.


Tell me a bit more about the Cosmic Collider.

When my wife and I met, I had a 1948 Chevy School Bus sitting out in the yard for a couple of years that I had been meaning to crack into When we got together it motivated me to build out the inside. So we spent some time and put that all together and ended up living in that bus for about four years. Mostly parked on driveways because it wasn't too capable on the road, but you could still drive it. I transitioned from working a little more on the bus to working on the boat. 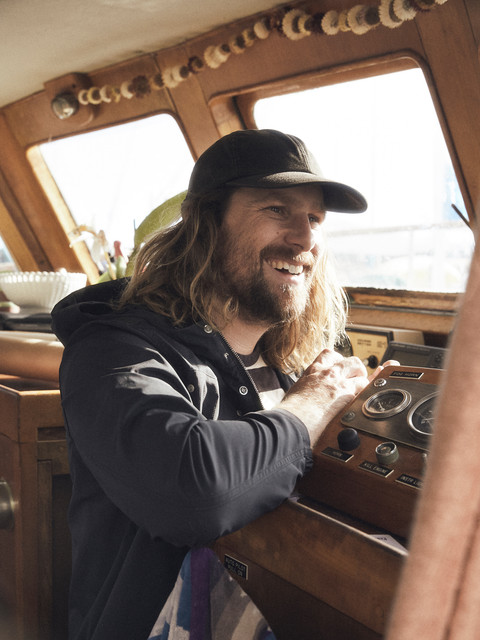 How does that work? Living on a bus or boat — is there an element of simplicity that you have to have within your life in order to do that?

Katie and I both really like to collect things and work on things and make things and create things. So living in a small space is challenging. But I've got the shop for all my hobby time and all my tools and anything I want to make or build or create I can do there. So really just living on a boat kind of boils down my personal stuff to a pretty basic set of exactly what I need and makes it pretty simple.


Being a shaper I can imagine you don’t get a lot of time off. Is there something special about getting out to the Channel Islands to disconnect?

It's pretty rare for me to get any time without my phone going bananas. Just in the nature of making custom surfboards, I have to talk to roughly 650 to 700 people a year. So for me going out to the Channel Islands is checkout time. You really have to be pretty in the moment because the channel can be pretty dangerous. It's just raw and rugged and beautiful and empty. So to get out there and just disconnect from everything… I feel like even in just a couple hours, I can get a whole weekend of peace.